We asked the bands on the Homeless roster to submit their favourite releases of 2015 whilst we busily compiled our own. The Shovels guys even provided an invaluable resource for would-be touring acts.
One cannot rush such a mammoth task as these, hence why it’s mid-March before we present the results. Hey, we’re busy okay?

The following random list of our personal selections does not include the FIVE outstanding releases on Homeless during 2015 – beginning with an album by long-time favourites, SPRAY PAINT. Releasing their 4th album of art-punk and droning vox with Punters On A Barge (June, HOMELESS23) we also felt the time was right to bring the trio to Australia and those who witnessed any of their shows will attest to how powerful a live outfit they are. The tour coincided with our first foray into the shorter format, with a SPRAY PAINT/EXEK split 7″ (June, HOMELESS25) – and what a slice o’wax it turned out to be! Exek continue to play sporadic shows around Melbourne as they put the finishing touches on what no doubt will be a captivating and compelling debut album and we’re thrilled to have been able to include them on the Australian Tour single.

A month later saw the culmination of some 15 months work on our first archival release: the art-spazz-punk of h M A S and their unreleased album, Fear God Honour The King (July, HOMELESS17). From Hobart,
h M A S were considered an oddity, even in the close-knit isolated musical landscape that was Hobart circa 1997. It’s with fondness that I recall the most frequent response by older Tasmanians who were part of the community back then, when told of the impending release was “Really? You’re releasing a h M A S album? Why?” The reviews were entirely positive (with one cryptic Max R’n’R missive) and the pressing has almost sold out, with just 20-25 copies remaining.

Next up was SEWERS second album of some of the noisest, nastiest, vitriolic bile foisted upon human ears since… don’t make us say it. Weight (July, HOMELESS18) arrived just in time for these miscreants tour of the U.S. of A which saw them (ironically) make friends and clear rooms in a hostile environment, even pre-Trump.

The year closed out with the third installment from CUNTZ with Force The Zone (October, HOMELESS24) – coinciding with another tour of the U.S (who says independent labels don’t pay their artists? Appears most of our roster gets O/S…) which included a controversial cancellation of a show in Seattle. The band returned to the surprise news of being nominated for Best Heavy Album in The Age Music Victoria Genre Awards for 2015.

We can’t thank you enough, those good people who continue to support Homeless – whether it be purchasing albums from stores across the world or via our website, the radio DJ’s who play our releases and the punters at shows. The 2016 release roster is shaping as an exciting and memorable one – look for the entire schedule to be announced soon!

So here goes, the non-Homeless releases we enjoyed most for 2015, starting with one that came out December ’14 but didn’t reach Australia before January. In no particular order: 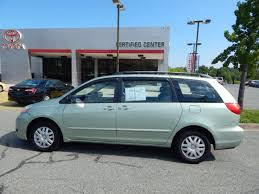 The first model tour van we ever had, and probably the greatest. Sleek, roomy, stylish, it had it all. Its mp3 CD capability cut down the number of CDs need to tour. The 8 seater design was unparalleled in other minivans at the time. Cruise control, AC, and a fold down flat backseat for gear. Middle windows that rolled all the way down kept the wet towel smell to a minimum. Find one if you can. They can’t be beat. 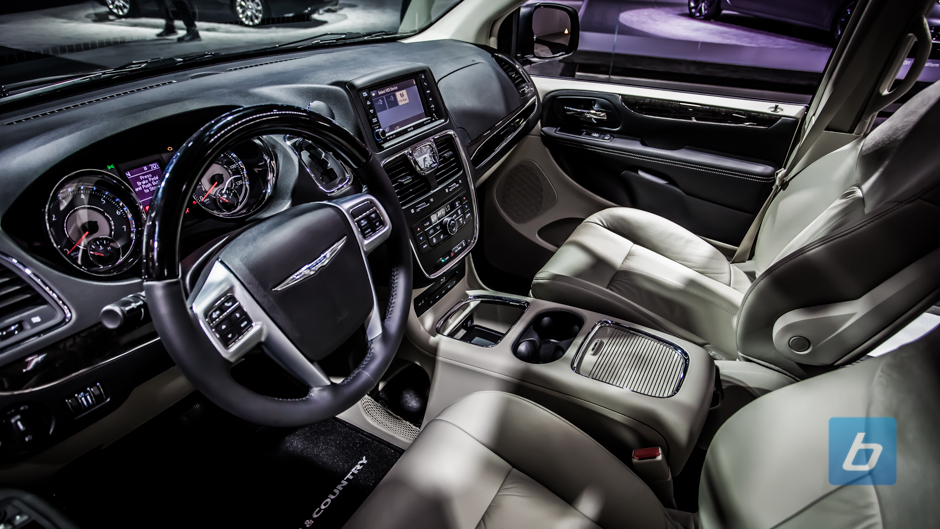 The ultimate in luxury minivans. All leather interior, and a bunch of other unnecessary fancy shit means that no rental company in the world will let you out of your home state with this one. Fortunately, this was just for a West Coast jaunt. Noel Von Harmonson and Utrillo Kushner, two of the West Coast’s headiest and most experienced road dogs, also worded us up on Stow-and-Go, the secret gear compartments under the seats. Do criminals know they are there?? A good conversation for the road….

Don’t be fooled by the glossy photo, this was a beast (and not so new). A Euro touring machine, this one had been driven hard. Real hard. The brakes made such a bad sound, it was hard to hit them, which made hills terrifying. For some reason, the back seats were about 2 feet below the front seats, which meant that whichever band member was in the back was cast off in their own world. With plenty of room for the shitty solid state backline that came with it, it truly owned the wide streets of Germany. But beware the skinny back alleys of Madrid–you may find yourself at one of those pay-the-computer-at-the-gate French hotel parking lots frantically trying to paint over the damage with silver nail polish. 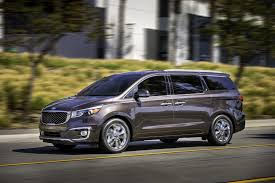 After several requests for a 2008 Sienna, the kind lady at the rental counter insisted that we take the Sedona. ‘Trust me,’ she said. ‘I just took it to Stockton last weekend and it was wonderful.’ If you can make it in Stockton, you can make it anywhere. Stockton’s car theft rates rival that of East Oakland and Detroit, and it’s flat, faceless, chain restaurant highways are a spitting image of those in Iowa and Indiana, so we knew this would be the perfect USA tourer. And it was. Behold the new champion in the minivan arena. Absolutely unparalleled. 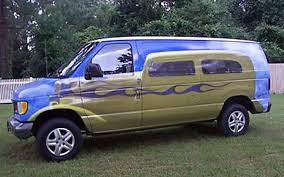 The alpha and omega of touring vans. The greatest of all time. The uncontested tour van of choice, 40 years running. Haven’t gotten to tour in one yet, but maybe one day. Discontinued in 2015. R.I.P.