Dan first came to the attention of music snobs and record collectors worldwide in the mid ’90s with his band The Broke Revue, and via collaborations with fellow Brits Billy Childish and Holly Golightly. Dan and his band started out playing a thudding blues-based rumble, but a fiercely individualistic streak which lies at the core of his music fuelled a rapid morphing into a more twisted take on things, incorporating oddly timed riffs, oddball arrangements and psychedelic drag outs.

Relocation to New York, marriage to Letha Rodman and a few more albums, and the Broke Revue were dust. The creative drive unfettered, Dan seemed scarcely to skip a beat, releasing home recordings as Dan Melchior Und Das Menace, solo and in collaboration with his wife and with others. While an ever-broadening array of ideas and experiments with sounds appears on record, an honest and unique voice shines through; never, as he puts it, obscured by fuzz or a fear of exposing who he is.

K-85 is one of Dan’s more song-based albums, with lo-fi electronic interludes interspersed between and occasionally through. Lyrical themes deal with some familiar standbys: isolation, daily humdrum, contempt for contemporary culture and a failure to be honest with ourselves. An occasional feigned Luddism might seem at odds with the bastard synthesising of traditional folk, but reflects more a weariness with his world from which solace can be found in the love of his wife Letha.

For those unaware, it’s an ideal album to begin their discovery of Dan’s amazingly rich, varied and consistent body of work — and as his first release on an Australian label we can hope that happens in spades — while his loyal fanbase need it as much as any of his previous releases. Let it be known that we here at Aarght Records are nursing a professional jealousy at Homeless’ coup in releasing K-85. This is a brilliant record. – Richard Stanley (Aarght Records)

“Melchior’s standing as one of the most articulate and creative songwriters of our time is not in question – the amount of times he has retooled or modified and expanded his palette is astounding, he’s blown away any real notion of genre in his work and has nearly created one all his own. Which brings us to K-85, which I’ll say that this one is a pretty damn good record. Let my mistakes be a lesson to someone out there – just because there’s a huge buffet doesn’t mean you have to gorge on it all. It’s ok to say no. A dozen tracks split almost evenly between Melchiorian pop and exciting sound experiments. Pick and choose is how you need to approach it, and this is a fine pick.”
Terminal Boredom 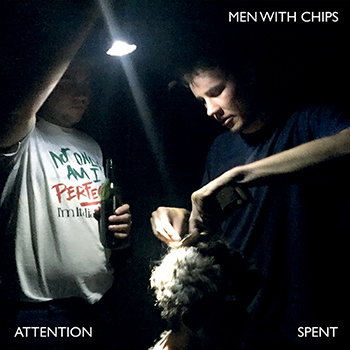