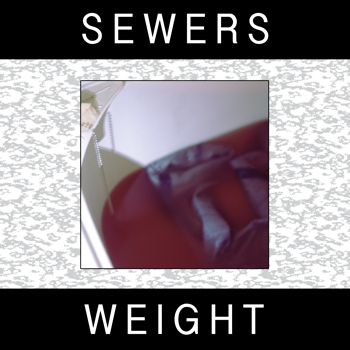 Long awaited follow up to Hoisted displays a maturity to songwriting – who knew? It’s possible this even crosses over into “life”, as these Brisbane miscreants cross the pond to take on the challenge only a USA tour can pose.
Witness Sewers “anti-party rock” for yourself, July 2015.

Some noteworthy comments about Sewers recent 7″ single, “Chain of Command / Life’s a Boar”:

” “Chain of Command” is a compact and gutsy little number that doesn’t try so hard to drag its knuckles, it actually creates some weird spaces with “post-punk” chop-chop and some psycho-delic guitar clouds. Shows some progression, which I dig, as I felt they were going in circles on their LP. “Life’s A Boar” is a terrible play on words (that makes me want to force a Bushpig reference in) but a decent tune that fits the military-themed baggage on the sleeve – like Venom P. Stinger without the drumming, very lean and mean, which is a good look for them. Their best stuff right here.”
Terminal Boredom


” “Chain of Command” rips onto their sawing back and forth sound of screechy near feedback in the red guitar saw sound with tough guy vocals ‘look at your badge / look at your number’ as that riff totters back and forth. Crumbling and runny it’s a distant relative to the Mayyors thick sound. It’s rough pieces chopped up slammed together between snare fills. Unsettling, this doesn’t really ever let up once that gate opens.
“Life’s A Boar” rattles in with a slow sludgy rhythm wobbling across the deck in a repeated back and forth chord spaz of black post punk. Bashes of cymbal/snare hits come together like some kind of tribal warning. Rough and primal obsessed with ragged repetition and smudges of metal. Plenty of layers of horrific distortions all attempting to overwhelm. Anti-party rock.
7 inches – New Reviews Every Day

“Brisbane’s Sewers, who are improving with each release into a noise rock outfit worth keeping a peeper on. By Weight, they’ve added a second guitarist and their sorta dingy sound starts to seep out of the bottom and get all over the floor. Despite drums that don’t have enough presence and a singer who might be hissing through a megaphone, Sewers turn on a sort of perverse charm here, and the version of “Chain of Command” on the LP is so thoroughly fixed that you might not ever need listen to their earlier works again. No wheel reinvention here, just 11 songs about the brutality of life below means, coupled with Australian summer heat and body/mind traps that glue us all down to the worst of the planet.”
RECOMMENDED, Still Single