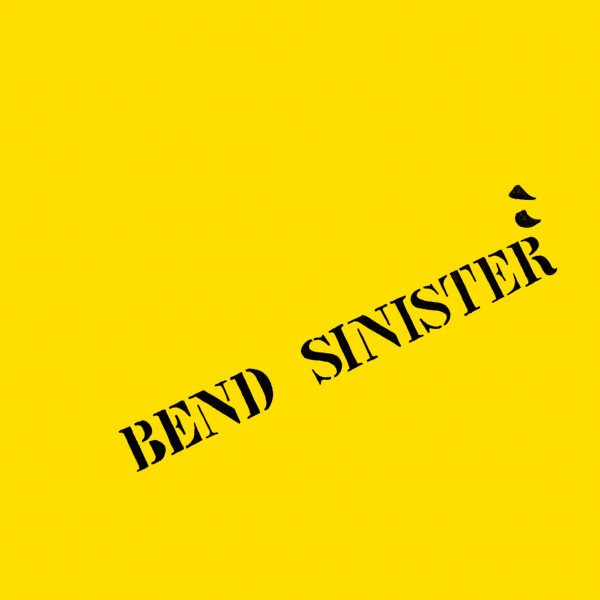 Here at Homeless HQ our most-listened to artist the past 15 years has been Seattle's A FRAMES. We've even travelled to the U.S TWICE for A Frames shows – 2011's “SS10” and when Min, Erin and Lars emerged from A FRAMES retirement to play a special benefit show for their great mate Cara Joy Clausen (RIP). In BEND SINISTER, you can clearly hear the Genesis (sorry, been watching a lot of PREACHER lately) of A FRAMES. It's as close as Homeless is ever gonna get to releasing an A FRAMES album – and we're beyond excited.

South Seattle in the mid-1990s was an industrial wasteland. On Airport Way, there was a large “diesel” sign with the last three letters burned out, leaving giant 10 feet tall red letters that said “DIE”. This was the birthing grounds of Bend Sinister, a crucial step in the evolution of A FRAMES and INTELLIGENCE.
Erin Sullivan (guitar/vocals), Min Yee (bass), and Josh Turgeon (guitar) had previously tried out the names Impatiens and The Bends, playing their brand of obsessive, noise-drenched punk in some of Seattle’s most notorious dive bars and clubs. In 1997, they joined up with drummer Steve Kaplan and mutated into BEND SINISTER, after a song by The Fall, a key influence.
Bonded by a love of black humor and scuzzy, dirgy, hypnotic, aggressive, punk, garage, and noise, Bend Sinister drew from a range of musical influences: The Scientists, The Fall, Stick Men With Ray Guns, Cows, Touch & Go, Halo of Flies, Pussy Galore, Scratch Acid, feedtime, X (Australia), Country Teasers, Electric Eels, The Who, The Damned, Crime, and obscure 60’s garage.
They performed as a four piece for their first few shows, but then Josh left the band after a year and Bend Sinister was a trio for the next few years. Steve moved to LA after the first tour and was replaced by Lars Finberg.
When Josh returned toward the end of 1998, the band began to experiment with modes of all-out noise assaults (“Antibody”), and hyper charged punk adrenaline (“Radiation”).
During this era, Bend Sinister earned a reputation as an insanely loud live band even by the standards of the Seattle punk scene. A couple gigs ended abruptly when club owners shut off the electricity and booted them from the venue.
Eventually, Josh left the band at the end of their second tour in 1999. Erin, Min and Lars changed the band name to A FRAMES and began focusing on a specific strain of art damaged punk that defined their sound over the next decade.
The only official recordings Bend Sinister left behind were two 7” singles (Spork Records, Vague Vinyl) and a self-released CD-R. For the first time, “Tape2” presents this era of Bend Sinister – the last year before the name change, with Lars on drums, and some tracks are the 4-piece with Josh on guitar, some as just the trio.