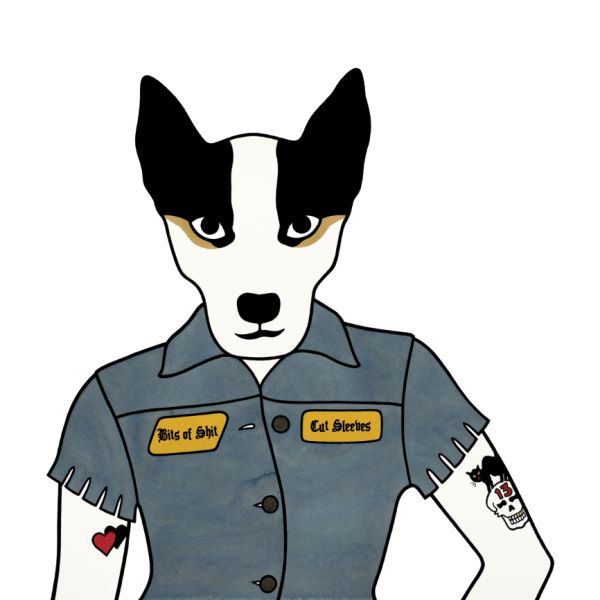 Where it all started – HOMELESS1 – our best-selling release by far, and with good reason, for it is the record that made the world sit up and take notice of the Bits of Shit, affectionately known as the BOSMC. This album inspired taste-maker labels such as Matador and Total Punk to immediately offer to shine “the Shitters” shoes and had collectors clamouring to track down copies of the BOSMC's debut release – a 300-only 7″ on Lexicon Devil.

“…this debut LP is a future classic of hairy-necked überpunk.” thequietus.com

“Forget the pedigree, histories and self-mythology around the BITS OF SHIT MUSIC CLUB—or BOSMC, as they prefer to be known—with the patches and list of club rules and all. That stuff is of passing interest, but none of it is as important as what is (preferably) booming loudly through your speakers here. I spent a few Saturday afternoons last July transfixed by these guys during their Tote residency. There were five Saturdays in the month and I saw four of the shows. Forget any ideas of coolness or irony: this is not being played tongue-in-cheek. This debut album does a great job of capturing their dizzying propulsive energy. It tickles similar hard-rock brain receptors as, say, The Dacios’ Monkey’s Blood or Deaf Wish’s Reality & Visions did in the recent past. About 20 seconds in, instrumental opener ‘F’ sets the ground rules when it locks into a solid groove with ANDY LANG spraying tight, noisy chords all over the shop. ‘Rock Sing’ features buzzing guitars that sound like a wall of flies a couple of metres thick, while the harsh, repetitive riff of ‘Traps’ is a lurching monster that may make you feel seasick. Singer DANNY VANDERPOL sounds like the class clown after a few drinks: clever and needling, a sarcastic little shit who brings an exaggerated effect to a lot of the lines.”
Mess+Noise

“Raw garage punk with brash Australian vocals. Imagine a post-Eddy Current take on muscular Melbourne rock like Coloured Balls mixed with X. Well-stocked with riffs and swagger. Apparently this bunch of sharps recently played down the street from my house, but since I never go out I missed them. My loss.”
Max R’n’R