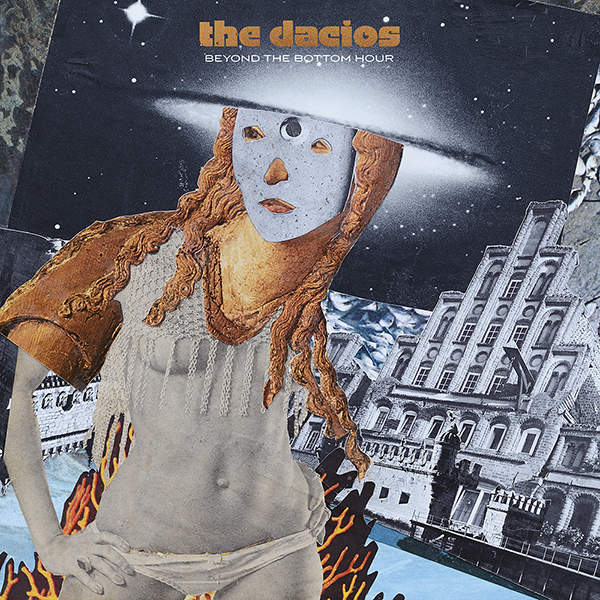 DACIOS – Beyond The Bottom Hour

“The Dacios are heavy the way the MC5 were heavy – not just a raucous and groovy band that kicked jams, but a band that uses lyrics and riffs to scream and rant at the heavens, or to tear and claw at the soul.”
– Michael Stasiak (Best Tape Ever)

The Dacios formed in 2005. Their first release, Monkey’s Blood in 2009 was a critical success.
The current Dacios line up sees the return of original member Robert ‘Pops’ Johnson on drums, the introduction of noise guitar maestro Bonnie Mercer and the reunion of bass player Mindy Mapp, with Bean and Linda J who formerly all played together in Little Ugly Girls. In the past six months The Dacios have been playing around town, giving people a sample of their new material and garnering rave reviews. They are set to release their long awaited second album; ‘BEYOND THE BOTTOM HOUR’.
The ten track art rock extravaganza will be released on vinyl through Homeless Records on November 25th.


“It’s been one helluva gestation but at last THE DACIOS have given their simian first born – Monkey’s Blood – a kid sister to play with and she’s a dead set CHAMPION.
A rattle-smashing snarling, low-slung little darling she’s got a rotting tail and a cracked head perfectly right for distorting the light. And, just like big bro’ , she’s equipped with a V12-dragstrip set o’ lungs: one minute a rumbling tigress face-deep in roadkill, the next she’s a cactus-deranged and horned high priestess whooping lasciviously to some unhinged sun god hunched like a buzzard in his tower of song.
She’s a gyrating cavorter, a southern roarer and a bawler to boot; a brawler, a pox-on-a-plague from a psycho-jungle soundscape filled with fat and hairy riffs, hyena guitars, horse-attack drums and lightning-wild feedback firestorms.
There’s other tricks too, with this little pony: in the arachnid shadows of a fading sun she’ll switch tack completely to reveal an improbable appetite for serene introspection, ruminating there on a locust lullaby in the thickening soup of the swamp.
Of course, deep down I know she’s just a dear little sweet-pea but best not ‘coo’ cos she might just gob in yer eye.” – Gusmeister, 2016


“The Dacios are back, now sporting a five-piece line up. With the enigmatically brilliant Bonnie Mercer now in the fold, Linda J out front, her guitar no longer slung around her neck. The sound is different, but no less brutal. Mercer’s jagged licks slice across Bean’s chainsaw rock n roll riffs…. The rhythm section packs a punch that’d send George Foreman to the floor.” – Patrick Emery, Beat Magazine