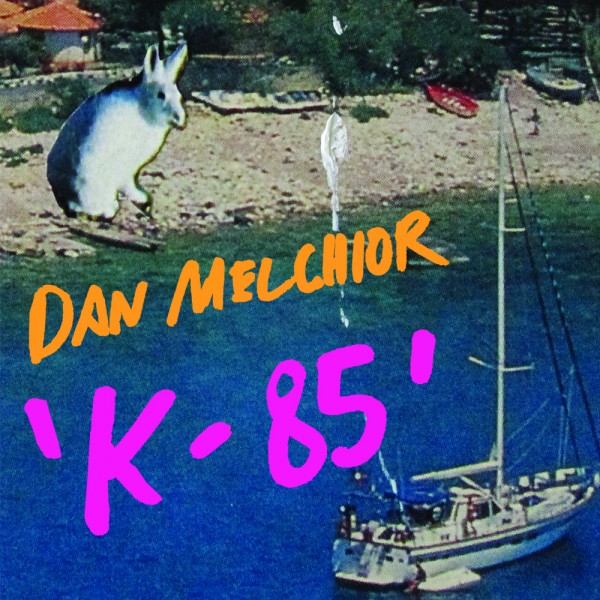 “Dan Melchior is still making great records. They just sound a lot more fucked up now. K-85 flits between bent takes on classic Melchior rockers such as the first track “Dirty Lies” and cheapo electronics grounded noise excursions like “Air Nippon.” I’m sitting here right now and l’m telling you that the inclusion of these varying kinds of tunes makes for a better whole.”
bostonhassle.com

The songs zero in on persistent fears — personal betrayal, institutional greed, communication breakdowns. Melchior is fixated on the details and disturbingly anxious, so his arrangements follow suit. Eerie guitars noodle nervously as keyboard drones and dense fuzz induce claustrophobia. The music ambles ahead steadily, but there’s tension always bubbling at the surface. It’s like taking a stroll in the dark, alone and stoned — you keep moving, but you just know there’s something terrible ahead.

Though few, the structured songs overflow with barbs. “You’re no longer somebody’s child,” Melchior quips, “you’ve got your own supermarket discount cards.” He’s harsher elsewhere: “They want to sell you some extortionate shit,” he moans, “then they want to watch you roll around in it.” His dealings with doctors and insurance providers seem to have hardened his disposition.

K-85 isn’t as heavy as Melchior’s last LP. That doesn’t keep it from making an impact just the same.”
Indy Week

“Melchior’s standing as one of the most articulate and creative songwriters of our time is not in question – the amount of times he has retooled or modified and expanded his palette is astounding, he’s blown away any real notion of genre in his work and has nearly created one all his own. Which brings us to K-85, which I’ll say that this one is a pretty damn good record. Let my mistakes be a lesson to someone out there – just because there’s a huge buffet doesn’t mean you have to gorge on it all. It’s ok to say no. A dozen tracks split almost evenly between Melchiorian pop and exciting sound experiments. Pick and choose is how you need to approach it, and this is a fine pick.”
Terminal-Boredom