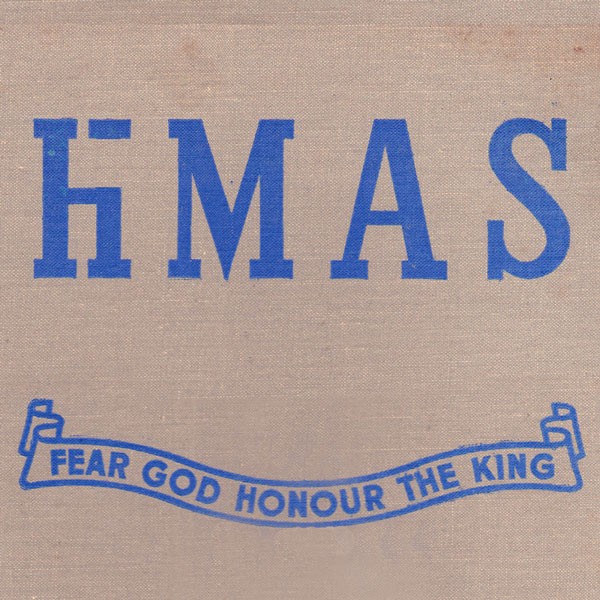 “While the rest of the world was caught up in grunge, Britpop or the Spice Girls or intentionally reacting against these things, Duncan Robinson and Ben Crothers were listening to Devo and Pixies, obsessing about other Hobart bands, watching lots of David Lynch, consuming sherbet at an unhealthy rate and making a virtue out of short attention spans. The music that emerged at a stunning rate, sounded something like the cast of Rugrats scoring Japanese advertisements with a Casiotone, a broken guitar and the world's oldest drum machine.”
Andy Hazel

Having brought legendary Tasmanian acts The Stickmen, Dacios and Night Terrors to vinyl and the accompanying wider audience, Homeless now presents its FIRST ARCHIVAL RELEASE – the art-damaged spazz-punk of h M A S – with their unreleased LP, Fear God Honour The King.

Formed in the early ’90s amongst the small town confines on the NW coast of Tasmania, Ben and Duncan found a new beginning in the music handed down from Ben’s older sister. This music seemed to be unknown to their peers and they confused the local music store proprietors who believed that they just ordered CDs because the band’s name sounded weird. Was this the source of influence? Who knows? Anything that came from reading NME and Select got them buying and listening to everything from Pixies, They Might Be Giants and Devo to XTC, Buzzcocks, Wire and Black Sabbath, not forgetting Tlot Tlot. A few trips tolocal second hand store, Save-A-Buck got them the necessary items to start making music and from that point hMAS was born. Over time they evolved from a two piece, to a two piece with a drum machine and then a three piece, thanks to a random yet obviously eventual encounter with drummer Matt, all the time releasing music that was slightly askew to the local sound.

Fear God Honour The King was like nothing hMAS had ever done before – it wasn’t recorded in one take without overdubs and they let someone else press the buttons, or at least some of them. Dan McKay invited them into the family home to record the four channels for each song – one each for drums, guitar, and bass and the final channel for vocal overdubs with any harmony parts pre-mixed. Shortly after, the recording was considered a disaster due to oppressive cymbals present throughout. This initial dismissal allowed Ben to treat the recordings with disdain in a Patrick Street bedroom mixing process fuelled by drugs and the new toys of stereo phaser and digital delay guitar pedals; it didn’t really matter what it sounded like after all. In the time since, these original master tapes have been lost and this single attempt at a mix is all that remains. In a way this makes Fear God Honour The King exactly like everything hMAS had always done before – spontaneous but flawed, pointless but essential.

“hMAS were a very different beast to a lot of Hobart bands at that time. They didn’t look like they were about to beat each other up when they fucked up a song, they reveled in it. They were cheeky bastards and took the piss out of themselves and the audience.”

hMAS are part of a Hobart music culture that is sometimes neglected and forgotten, the great ’90s era bands that didn’t manage to play outside of Hobart – Surgery, Terracehead, Honeypet, Faulnis, the Gentlemen, Karen Carpenter, These Seven Months, Page 27, Headcleaner, among others. Bands that were as vital to the scene as the other acts who made headway into Melbourne and beyond. I’m incredibly happy that this part of our culture will be heard by a wider audience.”
Julian Teakle