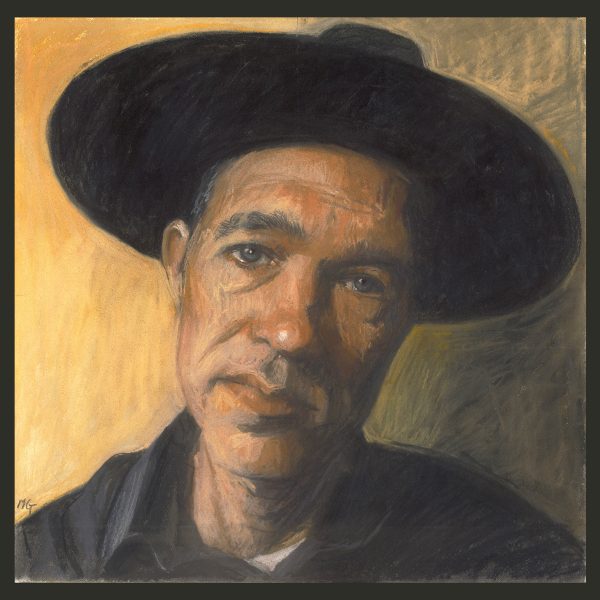 AVAILABLE FOR AUST / NZ ORDERS ONLY

Click here for USA/EU orders. The Homeless website will not allow USA/EU customers to buy Simon Joyner with Dennis and/or Wilful Boys. Please remove Pocket Moon from the cart and you will be able to continue.

Also available as T-SHIRT and ALBUM bundle with the “Yellow Jacket Blues” inspired unisex t-shirt. Choose your preference from the drop-down menu.

Homeless is beyond thrilled to begin working with Omaha's SIMON JOYNER even though, admittedly, we're new to “an artist whose work consistently transcends the narrow parameters of genre classifications and record shop bin cards. Though his music has always honored, reckoned with — wrestled with — the tradition set forth by his songwriting forebears (Cohen, Van Zandt, Ochs, Dylan, Reed to name a few), Joyner can always be counted on to defy expectations; as a lyricist, melodicist, and arranger, Joyner likes to keep us on our toes.”

Also available as T-SHIRT and ALBUM bundle with the “Yellow Jacket Blues” inspired t-shirt. Choose your preference from the drop-down menu.

PLEASE NOTE: This album is being co-released and shipped through our friends at Grapefruit for North America and BB*Island for Europe. If you are based in those areas just use this link for your order. All copies are from the same EURO manufacturer.

“Pound for pound Simon Joyner is my favorite lyricist of all time. He has shades of all the greats (Van Zandt, Cohen, Dylan) but exists in a space all his own … He truly is an American songwriting treasure. It is my hope that more people will discover his music and share in the unique joy that it brings.” — Conor Oberst

“Simon’s always been a secret handshake amongst me and my peers. He’s a pioneer. He’s helped pave the way for many people, myself included. He’s an artist in its purest form–for his only concern is crafting a perfect song–which he’s done time and time again.” — Kevin Morby

“Singer-songwriter” is a frustratingly confining term; to truly understand exactly just how confining, look no further than the recorded works of Simon Joyner, an artist whose work consistently transcends the narrow parameters of genre classifications and record shop bin cards. Though his music has always honored, reckoned with — wrestled with — the tradition set forth by his songwriting forebears (Cohen, Van Zandt, Ochs, Dylan, Reed to name a few), Joyner can always be counted on to defy expectations; as a lyricist, melodicist, and arranger, Joyner likes to keep us on our toes.

For his new album Pocket Moon, Joyner opted to engage in a risky artistic challenge. Instead of leaning on his fertile pool of Omaha musicians (the amorphous Ghosts band), he asked friend and frequent collaborator Michael Krassner to assemble unknown players on his behalf specifically for this recording. He then traveled from his home base to Krassner’s “7-Track Shack” studio in Phoenix to record the album, abandoning the literal and figurative comfort zone of old habits and home field advantage. Simultaneously sparser and more immediate than 2017’s obliquely topical Step Into The Earthquake, Pocket Moon is instantly one of Joyner’s finest albums since his redoubtable 2012 double album masterpiece, Ghosts, or to some ears the excellent, sonic 180 he managed with his follow-up, Grass, Branch & Bone. Krassner’s wrecking crew is sturdy, versatile, and complementary. Utilizing a wide range of instruments and textures, the band contributes additional nuance to each of the ragged, sublime songs here. Throughout, Krassner emerges as the Lee Underwood to Joyner’s Tim Buckley: a sympathetic foil and musical empath who comes to Joyner’s music with not only the intuition born of years of collaboration and friendship (he’s produced nearly all Joyner’s albums since 1998’s Yesterday, Tomorrow and In Between after all), but also with a highly evolved musical ear. The result is another song cycle stylistically unified, dynamic and rich.

Of course, there are also the lyrics. As a wordsmith Joyner belongs to a very exclusive group of living songwriters whose written lyrics on the page seem to suggest their own distinct, internal music. Pocket Moon — a decidedly more personal album than its predecessor — continues Joyner’s habit of “naming names.” As on previous albums, Pocket Moon contains songs that explicitly mention Joyner’s friends, family members, bandmates, and even neighbors. Habitual lyric sheet perusers will also note that Joyner is well acquainted with the mechanics of poetic form: the marvelous “Blue Eyed Boy” is written in something of an irregular pantoum; elsewhere, Joyner gracefully deploys personification, metaphor, and reification like some cornhusking John Ashbery: stars twinkle out of nervousness and cicadas mimic the radiator; coyotes throw confetti. Joyner — never one to resort to trite whiskey confessions or inscrutable word salad — tempers his spiritual, philosophical, and existential observations with a stand-up comic’s sensitivity to some of the smaller, less noticed things. Imagine the raw humanity of Tim Hardin or the deathless wisdom of Leonard Cohen rendered via the consolatory ramble of a drug buddy’s “hey, didja ever notice…”

Pocket Moon finds Joyner’s myriad powers undiminished, his legacy assured, his muse dogged and insatiable, his writing sharper than ever. As his narrator reminds us in the devastating song “Tongue of a Child,” “…everything looks clean when you stand back so far, a swallowtail shredding its wings against the sides of this jar.” This is music as mindfulness: Joyner is unwilling to simply report the sweeping gestures but instead observes the violence, beauty, and absurdity of everyday life up close and dares you to join him in laughing at it, ruminating on it, or running from it screaming.
– James Jackson Toth