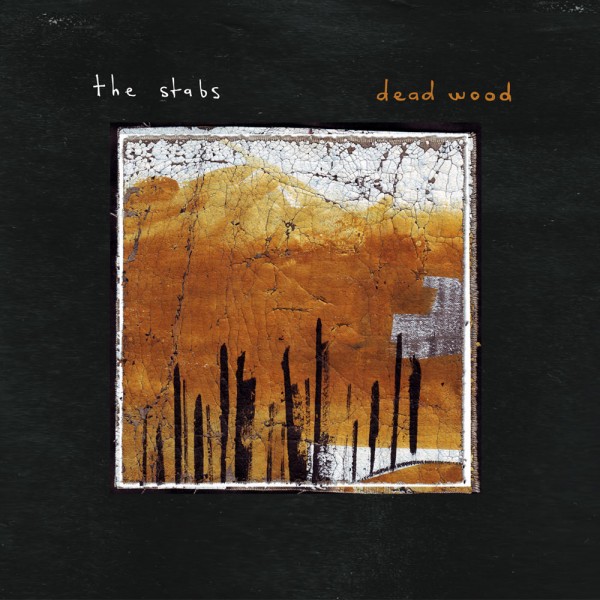 “Not just a retread of the classic approach of 'Dirt', yet still maintaining the ugly feel, it cuts a little sharper, feels a little more violent. I always thought 'Dead Wood' was, in my mind, the death throes of a band in the midst of a brilliant flame-out.”
Terminal-Boredom

“Over the past few weeks, while enduring raving on my behalf about the brilliance of this record, those around me that are unfamiliar with the band have questioned what The Stabs actually sound like.

The Stabs sound like a confident jerk. Swaggering and loud, with a brash sense of self-confidence and disregard for the sensible people that dull their everyday life. This is underpinned by a sense of self-loathing and uncertainty. Worthlessness, abandonment and the mundaneness of existence are explored from countless perspectives, over analysed and dissected. The group’s heavy use of feedback and distortion, previously utilised as a way to distance themselves from emotions, has been slightly toned down over time, with the group replacing this masking agent with their superiority/self-doubt paradox.

Dead Wood is much more of a documented entry of the group’s current progress, than an album the trio entered a studio to record. There is no extra shine here. No forced catchiness and no attempt to fit into a fixed style or genre. This is just a band being a band, in all it’s messy glory. A beautiful thing indeed.”
Polaroids of Androids

“The Stabs were (most) active in the mid-2000s period just before the New Wave of Australian Rock really started hitting hard, which saw them get some respect in their homeland as the heirs to the Black Eye brand of swamp-thuggery (they were invited to play ATP and did actually tour the States). At the time it seemed they were it, along with Drones, Bird Blobs, Digger & The Pussycats and The Sailors and whatever “classic” acts were still active, as opposed to today where there are seemingly more Australian bands than ever. Anyway, Homeless Records took on the project of releasing these albums on vinyl for the first time, a beautiful act that seems like it was such an obvious move but took so long to happen for reasons unknown. I’m not 100% sure either, but I don’t think the band ever really broke up, instead just went a bit quiet after the 2009 release of ‘Dead Wood’. Brendan Noonan’s guitar playing is an absolutely exceptional example of the “Australian” style, one half angular twang, one half feedback scrape-n-slide. The Mark Nelson/Matt Gleeson rhythm section on par with the pummeling lockdown of their predecessors. ‘Dead Wood’ was released on CD on Melbourne’s Spooky Records and had some hype behind it. Not just a retread of the classic approach of ‘Dirt’, yet still maintaining the ugly feel, it cuts a little sharper, feels a little more violent. A bit more from the Mick Turner lineage than the Salmon vein perhaps, and the band pics on the insert aren’t the only things reminiscent of feedtime here. All three take turns on vocals adding welcome variance. “No Hoper” is rock-thuggery of Venom P. Stinger proportions, the title track sounds as much like Fungus Brains as anyone could hope to. The band mentions that the A-Side is the “rocking” side, which is true in all ways, making the B the experimental side. “Funeral Waltz” adds piano sounding more murderous than maudlin, leaning towards Bad Seeds dramatics even. “The Hated One” contains their most hellish vocals (from Nelson). “Family Trust” and “Blues in F#” (which has something Unsane-like to its wall-of-noise guitar and gang vocal violence) show signs of deconstruction and noise-rock, “Cabin Fever” adds broken glass as instrumentation and approaches the modern thuganomics of a Cuntz. Supposedly this side hinted at what the third Stabs LP would (or will?) sound like, and I’ll be honest and say I have no idea what the band is planning – I do know that they are active and playing shows now, which is thrilling and somehow surprising to me – I always thought ‘Dead Wood’ was, in my mind, the death throes of a band in the midst of a brilliant flame-out. Past hyperbole makes these words seem hollow perhaps, and I’ll admit I’ve cried hype as much as anyone regarding the present-day Aussie crop, but I can only stress that The Stabs on record should warm the cockles of even the most strident anti-modern-rockists who still pledge allegiance to the monsters of Aussie rock. A band that sounds like they really lived it hard, just like their forefathers. The future is unknown, which does make for a possible happy ending as well. 400 copies each, which should be just enough to sate a majority of true believers and leave pretenders and pussyfooters wondering what just happened. Remastered by Mikey Young and packaged crisp and tight.”
Terminal-Boredom