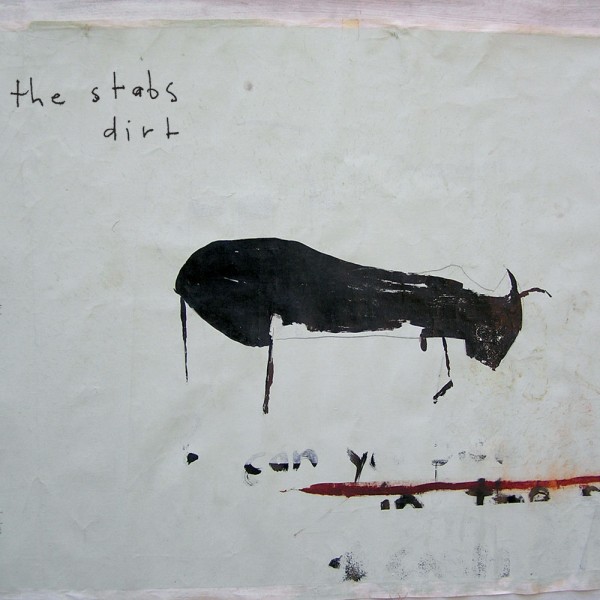 “Close your eyes and remember how confronting The Scientists were in 1983, or how Sonic Youth and their earliest contemporaries managed to give a two-fingered salute to the new wave bands of the early '80s by creating an almost infinite shower of white guitar noise.”
Beat Magazine

“The Stabs were (most) active in the mid-2000s period just before the New Wave of Australian Rock really started hitting hard, which saw them get some respect in their homeland as the heirs to the Black Eye brand of swamp-thuggery (they were invited to play ATP and did actually tour the States). At the time it seemed they were it, along with Drones, Bird Blobs, Digger & The Pussycats and The Sailors and whatever “classic” acts were still active, as opposed to today where there are seemingly more Australian bands than ever. Anyway, Homeless Records took on the project of releasing these albums on vinyl for the first time, a beautiful act that seems like it was such an obvious move but took so long to happen for reasons unknown. I’m not 100% sure either, but I don’t think the band ever really broke up, instead just went a bit quiet after the 2009 release of ‘Dead Wood’ on CD. Until now. Reading this, you’ll probably dismiss the comparisons to the already mentioned Black Eye lineage, but ‘Dirt’ is probably the single most reverently perfect distillation of that aesthetic made in modern times. The creation of an overwhelming sense of dread-as-music, made by a no-frills three-piece line-up. Brendan Noonan’s guitar playing is an absolutely exceptional example of the “Australian” style, one half angular twang, one half feedback scrape-n-slide. The Mark Nelson/Matt Gleeson rhythm section on par with the pummeling lockdown of their predecessors. “The Woods/The Rain” (from the Cass 7″) opens with the protoypical Australian swamp-rocker – not laconic in the least, but a pushing and shoving force of desperation, The Scientists re-imagined in 2006. “Black Widow” lurches with such power and heaviness it sinks bubbling into the very murk it’s built upon, “The City” a screeching and subdued thunk that drips with muck. An eight track LP loaded with the raw beauty inherent to their country and a record that should be held up as a classic of the form. Past hyperbole makes these words seem hollow perhaps, and I’ll admit I’ve cried hype as much as anyone regarding the present-day Aussie crop, but I can only stress that The Stabs on record should warm the cockles of even the most strident anti-modern-rockists who still pledge allegiance to the monsters of Aussie rock. A band that sounds like they really lived it hard, just like their forefathers. The future is unknown, which does make for a possible happy ending as well. 400 copies each, which should be just enough to sate a majority of true believers and leave pretenders and pussyfooters wondering what just happened. Remastered by Mikey Young and packaged crisp and tight.”
Terminal-Boredom

“Finally, the two LPs by defunct (HUH?? – Homeless) Melbourne band The Stabs have been released on vinyl. Both Dirt (2006) and Dead Wood (2009) are fantastic statements of the corrosive violence simmering in the minds of the disenfranchised. Lyrical obsessions with malcontents and deranged zealots, schizophrenic guitar tones that hastily lurch from exhaustion to aggression, rhythms dragged twitching across the barren outback – these two records have it all. Criminally limited to 400 copies, the vast bulk of these reissues have already found their way into the collection of hoarders and shut-ins. Track down a copy, pour yourself a nice red, and watch the horror unfold before you.”
The Ripe