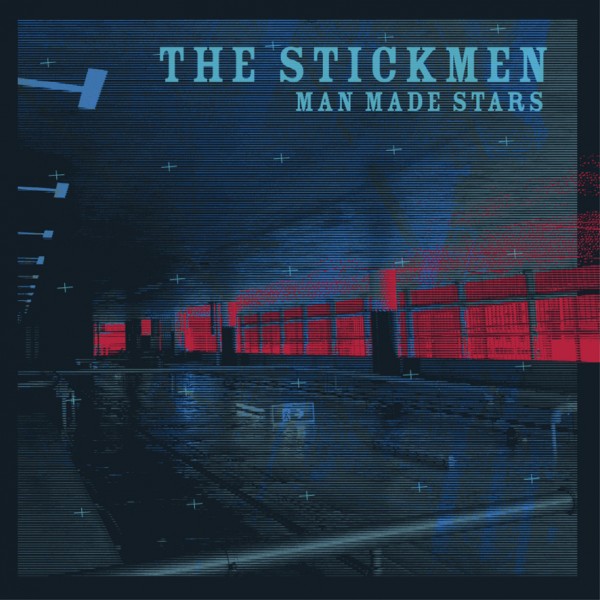 THE STICKMEN Man Made Stars

“Outside of some other rock bands from Tasmania at the time, Mouth/Sea Scouts and others, there aren't many bands that sound like the Stickmen. Not a lot of bands use turntables like The Stickmen do and that is to say, “tastefully” and “with grace”. Their songs are frenetic and hypnotic at the same time. One listen and you're just scratching the surface. Tasmania just so happens to breed some of the most uniquely interesting bands in the world, then and now.”
4ZZZfm

“The Stickmen is a band that could probably only have existed for a discrete period of time, and within a claustrophobic geographical and cultural space. That such time and space existed in Hobart in the 1990s is something that should be celebrated.”
Mess+Noise

“There’s this band right. They’re called The Stickmen. They’re from Hobart, Tasmania, the cesspit where culture goes to die, or so say all the Sydney yuppies I hang out with. But how can that be true, when a band such as The Stickmen, such a visceral, and violent, and genuine act, one that displaces conventions and turns heads like a NASCAR race, comes from such a territory? Surely, there’s been a mistake?
Indeed, there has, but it’s got fuck all to do with locale. Instead, it’s all about the sad, sad day in music history that accompanies the fact that The Stickmen aren’t really around anymore. Like The Primitive Calculators, it took an ATP curation to resurrect these former heroes. Also like The Prim Calcs, these guys absolutely shredded all that the squares hold dear, bringing punk rock spirit and intensity to songs that could be properly appreciated. Underground heroes? Fuck that, these guys need to be revered the world over. At the very least, they’re a million times better than Nirvana.

Which is why, with a stifled cry of enlightenment, comes the re-issue of The Stickmen’s classic albums on Homeless Records. I fucking love this label: Bits of Shit, The Stabs and Cuntz are just a couple of the bands to be spewed forth from these guys, and the world is actually a better place for it, tipping the scales of pop mediocrity back to punk rock genius spasms.

Listen up, you putz, you scum, you wretched bile – I’m about to devote a couple hard-earned paragraphs to why you should go out and buy both these fantastic albums. It’s not because they’re limited edition, or because some of the covers are “special”. No, you need these albums because there is no other band out there like The Stickmen.”
Soundly Sounds