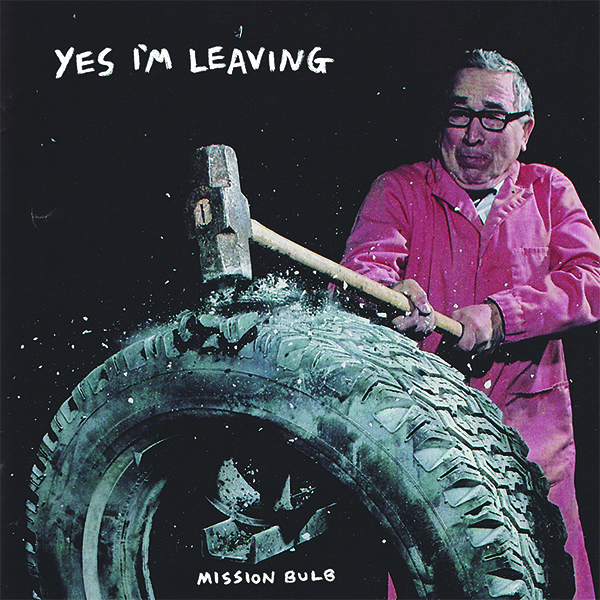 “In the end, Mission Bulb has a lot to offer. On one hand, stylistically it can feel a little bit all over the place but then I will take that over a one tone type of band any day. If this is, indeed, an album with multiple personalities they all take you on different sonic trips that are worth taking. Yes, I'm Leaving is my discovery of the week. Good job guys.”
American Pancake

“…while their confidence may have grown in the way they play and release their music, the songs on Mission Bulb continue to be blistered acknowledgements of uncertainty, anxiety and a distrust of the external.

These themes are embodied by both their lyrical and musical approach, where their frenzied attacks of neuroticism and physicality prevent them from grasping the tangible as they spin out of control. “And I don’t know where you start/And I don’t know where I stop,” Burke panics on ‘You Can Try’. This turns to rage on ‘Puts You in the Ground’, with the shrieks of its title matching moments like those on ‘Endless Mind’, where the repeated calls of “You can’t be what you are trying so hard to be” channel a judgemental frustration at the occurrences on the other side of the window. Meanwhile, the chugging slow-burner ‘Undertow’ sees Burke’s mind collapse even with the time to take a deep breath and assess the situation. In this case, the time just gives space for manic thought, hermitic seclusion giving rise to emotionless doubts and silent epiphanies: “I stare blankly at my watch/Realise that it’s fake,” he murmurs.

Yes I’m Leaving’s formula revolves around punishing rhythmic passages of noise that repeat relentlessly until broken in the form of a shouted chorus before it quickly returns to its sludgy backbone. It’s almost symbolic of the way they view the world in their lyrics. Choruses act as reprieves from the chaos, cathartic life events that create an escape from a life led in continual mental anguish. Here, Yes I’m Leaving’s barely restrained edginess tears out of normality for a raging reprieve before the inevitable return to a mire of silently shot glances at the outside world.

Between the clamour of their instrumentation and the neurotic shouts of Billy Burke, Yes I’m Leaving have packaged feelings of simmering anxiety, rage and agitation into a record that is not just great on its own merits, but also as a representation of their live shows. The songs recall the red hues of their spiritual home of Black Wire Records, painting vivid images of a front row all nodding in turn while sipping at paper-bagged longnecks – something that would pretty aptly operate as Mission Bulb’s serving suggestion.”
Mess+Noise